The School of Integrative Studies is a leading example of Stephens College’s mission to Communicate. Collaborate. Create.

Our mission is not just teaching students, but instilling in them a lifelong love of learning and an appreciation for the pursuit of knowledge and creativity. At Stephens, we are proud of our legacy and take great pride in the cultural, educational and artistic gifts, and the opportunities we offer our students.

The School of Integrative Studies offers programs in a wide range of academic disciplines in the creative arts and humanities. The arts and humanities truly thrive in Columbia, Missouri, as dozens of on- and off-campus performances take place year-round at Stephens, making the College one of Columbia’s premiere centers for the performing arts.

Our programs are led by an accomplished and dedicated faculty who are well respected and nationally known artists, educators, researchers and writers in their disciplines. Read about our faculty, explore our programs, and learn how the School of Integrative Studies can help you to build your own unique future.

Master of Fine Arts in TV and Screenwriting

Dr. Scott Taylor earned a Doctorate of Business Administration from California Southern University. His doctoral project focused on the economic impact of entrepreneurial policy. Taylor has also completed post-graduate work in public affairs at the University of Missouri, where he obtained a master’s degree in Public Administration. He received a Bachelor of Science in Management from Missouri State University.

Prior to accepting his current position at Stephens College, he served as an adjunct instructor for Stephens College since Fall 2018 and taught full  time at Moberly Area Community College, where he served as the lead business faculty since Fall 2007. He was also an advisor to MACC’s award-winning Collegiate DECA chapter for over fourteen years and has received the national Collegiate DECA Advisor of the Year award multiple times.

Outside the classroom, Taylor serves on several boards and advisory committees and works as a subject matter expert for multiple publishing companies. He resides in Moberly, MO, on a horse ranch with his wife, Kendra. Over the years, Scott and Kendra have donated multiple horses to the Stephens College equestrian program. Scott has three adult children and two adult stepsons. 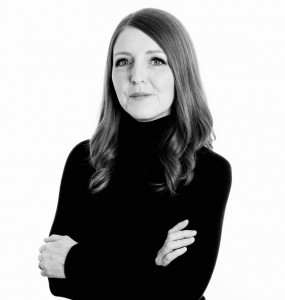 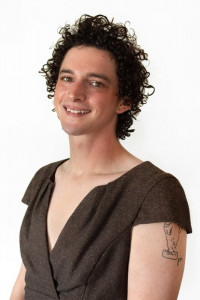 Wilson Minshall is an intermedia artist from Little Rock, Arkansas and received their MFA in Painting and Drawing from the University of Missouri in Columbia in 2021. Their work begins with drawing and uses elements of collage to span varying media such as painting, design, printmaking, weaving, video and sound installation. Accumulating information from past historical archives as well as their own recorded memories, they materially alter research samples and pull forth localized networks of traces from their chosen source material. In doing so, they take the stance that excavating or refiguring overlooked pieces of lived experience across time, space and media allows for non-binary navigations of history and identity without privileging surface-level stereotypes. They recently co-organized, designed and curated the experimental exhibition Cage in Como: A Weekend with the John Cage Trust and Friends in 2021 at Hitt Records and the Sinquefield Music Center (Columbia, MO). They also co-curated the NIXED_INDEX juried art exhibition at the University of Missouri’s George Caleb Bingham Gallery in 2019 (Columbia, MO), and have performed sound pieces at the Marshall Arts Gallery (Memphis, TN) in 2018 and Cafe Berlin (Columbia, MO) in 2019. They have exhibited their work at the Marshall Arts Gallery in Memphis, TN (2017), the Hanger Gallery in Kansas City, MO (2019), the Serial Box Gallery in Columbia, MO (2018) and St. Charles Community College in St. Charles, MO (2020). 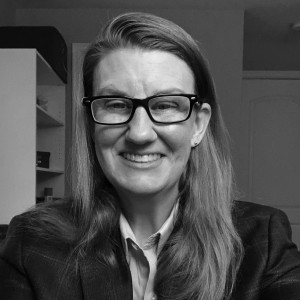 Steph Borklund has more than 15 years of experience as a producer, director and editor. Her works include documentaries, narratives, and corporate and industrial videos. She previously worked as director of postproduction for Left Coast Productions in California, where she won several Telly, Aurora and Summit Creative editing awards for her corporate and industrial work. Currently, she is working with Kerri Yost on a short documentary about Helen Stephens, a poor farm girl from Missouri who went to the Berlin Olympics in 1936 and became the fastest woman in the world. Other works include producing and directing “Chasing AllieCat” (Citizen Jane Film Festival and Oregon Shorts Film Festival), a short narrative about three mountain biking teens who find a priest in the woods, beaten and near death; producing, directing and editing “I Am One” (Citizen Jane Film Festival), a short educational film about bullying; and working as an assistant camera operator for “Getting Away Together,” a PBS television series. Her most rewarding job has been teaching at Stephens and having the opportunity to teach the next generation of female filmmakers.

Kerri Yost is an associate professor of digital filmmaking at Stephens. She is an independent filmmaker who learned filmmaking overseas while teaching abroad. After returning home to Missouri, she focused on films about people in the Midwest. Her feature film “Neither Here Nor There” documents Bosnian refugees starting new lives in Missouri, which played on PBS and was nominated for an Emmy. Her short documentary films “Billy” and “X-Ray Man” both focus on the long-term effects of being a soldier. 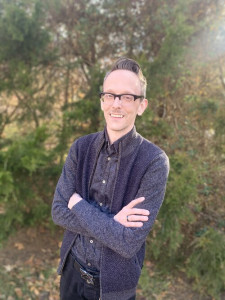 Dr. Sean Travis Clouse earned his B.S. in psychology, M.A. in human development and family studies, M.A. in counseling psychology and Ph.D. in counseling psychology all from the University of Missouri-Columbia. A member of the Stephens faculty since 2006, he teaches courses in the Education, Psychology and Counseling programs. His courses focus on lifespan development, multicultural aspects of learning, social justice issues and counseling. He also serves as the certification officer for the early childhood and elementary education and school counseling programs. Clouse is a licensed psychologist in the state of Missouri and focuses his clinical work on adolescents and young adults.

Watson’s passion for education has been shaped over the past 16 years as a classroom teacher in both preschool and elementary and as an instructor in the college classroom. She started her career at Stephens College as an undergraduate student from Minnesota and received her early childhood degree and teaching certification. After her first year of teaching, she continued her education at the University of Missouri and received her master’s degree in curriculum and instruction with an emphasis in reading. This year, she will continue as a doctoral student at the University of Missouri in learning, teaching and curriculum with an emphasis in reading. As an early childhood and elementary educator, she believes the best way to enhance learning is to provide students with hands-on experiences which will create thought-provoking experiences for students to become independent creators.

Dr. Kate Berneking Kogut is an associate professor of English and creative writing, specializing in scriptwriting and new script development. Her plays have been produced, showcased and workshopped in California, New York, Chicago and in venues in the South and the Midwest. Kogut also writes, directs and produces short films through her production company, Envelope Sky Creative. Her current research interests include character development, fictional world-building and transmedia storytelling, which explores ways a story unfolds through various media. She earned her Ph.D. in theatre at the University of Missouri-Columbia.

Dr. Ann Breidenbach is an assistant professor in the English and Creative Writing programs and teaches classes for the Women’s Studies minor. While working on her qualitative dissertation about the experience of menopause for second wave feminists living on women’s land in the Ozarks, she rediscovered her passion for writing. Breidenbach began taking seminars in creative nonfiction writing and eventually enrolled in an M.F.A. program. She brings an interdisciplinary approach and her identity as a writer to her teaching. She is working on a manuscript titled “Girlhood Cache,” which is a memoir told through a series of flash non-fiction essays. Her current research project, “Feminist Activism and the Women’s Film Festival: a Site for Social Change,” explores women’s film festivals as a means of feminist activism. Most recently she has presented her research at the European Network for Cinema and Media Studies annual conference and the University Film and Video Association annual conference. She earned her M.F.A. in creative writing from the Solstice Low-Residency M.F.A. in Creative Writing Program at Pine Manor College in Boston. She earned her Ph.D. in rural sociology with a graduate certificate in women’s and gender studies at the University of Missouri-Columbia.

Assistant Professor of English and Creative Writing
M.A., University of Missouri; B.A., College of the Ozarks 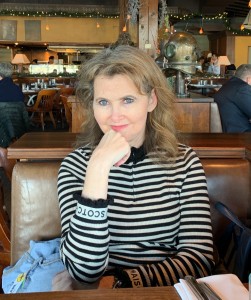 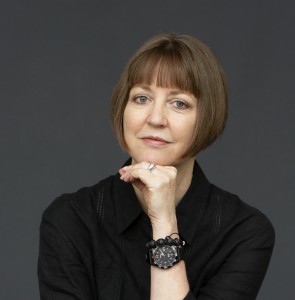 Buchanan has a Master of Arts specializing in visual communications from the Missouri School of Journalism. Buchanan's design practice aims to fuse beautiful product design with meaning. She focuses on the intersection of fashion, visual communication and language, using surface design and mixed media art to explore design concepts and a range of questions that center on transformation, connection, communication and storytelling. In 2019, Buchanan won the Next Generation Award in the Surface Design Association Exhibition in Print for her digitally printed designs: Borders That Unite, and Best Overall at the sustainable fashion show ScrapsKC ReVision for her dress made from contact lens packaging. She has exhibited work at several Surface Design Association international conference runway shows. She was a 2003 finalist in the GenArt/Florida Grapefruit Juice National Handbag Design Challenge, a 2002 finalist in the “Inspired by Threads” competition and a 2001 finalist in the Beefeater Bold Spirits Design Competition. 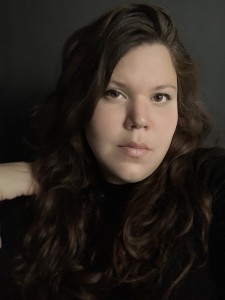 Stephanie Carlo is a fashion and textile designer. Born and raised in Puerto Rico, her fashion design aesthetics are influenced by her background in fine arts and her interest in art history. As Carlo has expanded her skills as a textile designer and as a fashion illustrator, she has never set aside her practice as a fashion designer. She is designing textiles as a freelancer for apparel and accessories designers in Puerto Rico, the United States and Germany. Carlo earned an M.F.A. in Fashion Design from Savannah College of Art and Design and a B.F.A. in Fashion Design and Printmaking from the School of Visual Arts and Design of Puerto Rico. 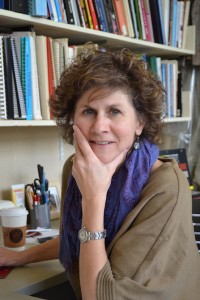 Dr. Monica McMurry has 30 years of teaching and administrative experience in the fashion field. She previously served as Dean of the Stephens College School of Design, and chaired the fashion programs at both Stephens and Columbia College. McMurry graduated summa cum laude from Stephens College with a B.F.A. in Fashion Design. She received her Master of Science and Ph.D. from the University of Missouri’s Textile and Apparel Management program and attended a design thinking workshop at Stanford. In her dissertation, "Jacqueline Kennedy’s Effect on Women: A Content Analysis of Her Style, Role and Thought as First Lady, 1958-1963," McMurry reviewed the most popular women’s magazines of the early 1960s and looked at how Jacqueline Kennedy was portrayed to the average woman via media mentions.

During her teaching career, McMurry has taught both studio and lecture courses for fashion design and product development and fashion marketing. Her areas of expertise include fashion history, curating and executing fashion exhibitions, menswear design, tailored design and couture and bespoke techniques. Other interests include sustainability, fair trade and textile upcycling. She is a member of the International Textile and Apparel Association (ITAA), the Costume Society of America (CSA) and Fashion Group International. McMurry has presented both national and international juried fashion designs and scholarly research. Her work with the Costume Museum and Research Library at Stephens College has given her the opportunity to speak across the nation about historic dress. 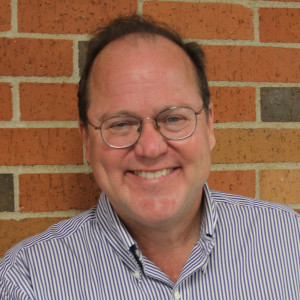 Dr. James Terry is an archaeologist and art historian. He holds a Ph.D. in Classical Archaeology from the University of Missouri-Columbia. He has participated in archaeological field work in Israel, Jordan, Cyprus and Tunisia and, as a Fulbright Scholar, spent a year living in North Africa researching Late Roman and Early Byzantine tomb mosaics. His research interests include human sacrifice in ancient Greek art and the paleolithic roots of artistic pleasure. 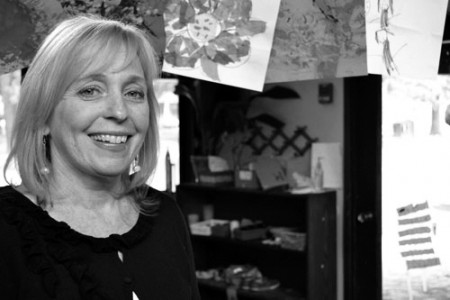 Leslie earned a Ph.D. and an M.Ed. from the University of Missouri-Columbia and a B.A. from Stephens College.