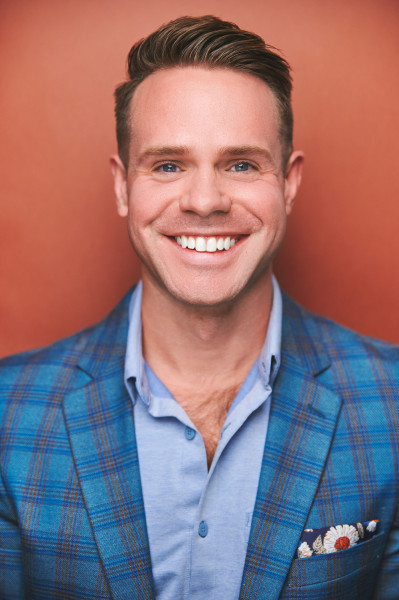 During his 12-season tenure as a resident acting company member and director/choreographer with the historic Barn Theatre in Michigan, Grisham helmed the Midwestern premieres of Sam in “Ghost, The Musical,” Will in "American Idiot," Stacee in “Rock of Ages,” and the title role in “Tarzan.” He also choreographed the much-anticipated rework of “Pal Joey” with director Peter Schneider, librettist Patrick Pacheco and Kim Zimmer as “Vera,” as well as the newly released “Hands on a Hardbody” starring Rex Smith.

Grisham said two of his greatest honors have been performing Guillot opposite Dmitri Hvorostovsky and Renée Fleming in the Lyric Opera of Chicago’s “Eugene Onegin,” and receiving a voice message from Carol Burnett at the premiere of his first original musical as a composer, “Good Girls Only,” based on the Rehearsal Club of New York City (her former home).

Grisham is a proud member of the Actors’ Equity Association, SAG-AFTRA, Dramatists Guild, American Federation of Musicians, ASCAP, and the Stage Directors and Choreographers Society, where he is a two-time recipient of the SDC Foundation Observership. His training includes an M.F.A. at Brown University, where he was a Stephen Sondheim Fellow; a B.F.A from Roosevelt University’s Chicago College of Performing Arts Theatre Conservatory, where he was a Newberry Library Fellow and member of the Franklin Honor Society; London Academy of Music and Dramatic Art; Royal Shakespeare Company and Harvard University.

“I am absolutely elated to begin my professorial journey with the prestigious Stephens College,” Grisham said.

“Jamey Grisham will be an enormous asset to Stephens performing arts students, and we are delighted to have him join the faculty,” said Dr. Leslie Willey, vice president for Academic Affairs and interim dean of the School of Integrative Studies.