Geoffrey Wade and Amelia White, widely accomplished film, stage and television actors, will offer a Q+A at the Stephens College Conservatory for the Performing Arts on Thursday, Sept. 2. Conservatory students are invited to attend. 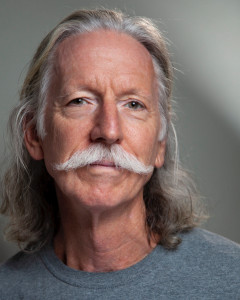 Geoffrey Wade in currently on hiatus from appearing in the San Francisco production of Harry Potter and the Cursed Child. He’s worked on and off- Broadway, and done National Tours, most recently The Curious Incident of The Dog in the Nighttime. His extensive regional theater work includes South Coast Rep (Amadeus), Repertory Theatre of St. Louis, The Old Globe, Great Lakes Shakespeare, Center Stage, GeVa, the Guthrie, Denver Center, multiple seasons at the Cincinnati Playhouse in the Park, and a long association with Vermont’s Weston Playhouse (most recently The Fantasticks and Quixote in Man Of La Mancha). Los Angeles theatre includes La Jolla Playhouse, La Mirada, the Odyssey, and many shows at Antaeus. Films include Spielberg’s The BFG, City Hall, and The Divide. He works in episodic television (NCIS, Mad Men, Mentalist, Numb3rs, ER, Law & Order), in radio, and tours with LATW. He directed critically acclaimed productions of A Walk in the Woods and The Crucible. Geoffrey has taught at the Antaeus Academy since 2003; he trained at Central School of Speech and Drama in London. 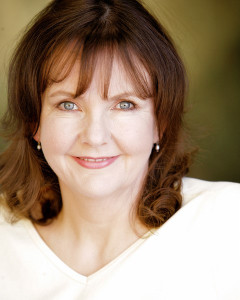 Amelia White most recently appeared at Arizona Theater Company in Silent Sky. Before that she was at The Mint in Conflict (where she appeared previously in Women Without Men). She performed in the National Tour of The Curious Incident of the Dog in the Night-Time. Broadway credits include Crazy for You and The Heiress. She’s worked off-Broadway at the Atlantic Theater Company, Ground-Up Productions, and the Hudson Guild, where she received a Theatre World Award for her work in The Accrington Pals. Los Angeles appearances include The Matrix, Fremont Centre Theatre, and many shows at The Antaeus Company. Her extensive regional theatre credits include Silent Sky and A Christmas Carol at South Coast Rep, The Cleveland Playhouse, The Old Globe, Studio Arena Theatre, Hartford Stage, the Caldwell Theatre, two seasons at Cincinnati Playhouse in The Park, the Guthrie Theater, GeVa Theatre, Denver Center Theatre Company, Weston Playhouse, and three seasons at the Dorset Theatre Festival. Film and television credits include The Tulse Luper Suitcases, The Bastard, The Siege of Golden Hill, Three Ways to the Sea, Judging Amy and The Young and The Restless. She works on radio with the California Artists Radio Theatre. Amelia was born in Nottingham, trained at the Central School of Speech and Drama in London, and is married to Geoffrey Wade. She is a proud AEA member.