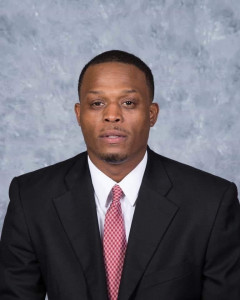 Andre Bell has joined Stephens College as head basketball coach. He spent the last two seasons as an assistant coach at Tennessee Tech University, a NCAA Division I team.

“I’m excited to be part of an all-women’s program, where I can help empower women to see themselves in true leadership roles, and to realize the influence they can have on a community,” Bell said. “As a dad, I’m proud for my daughters to see that they can one day be college presidents, like at Stephens.”

Bell’s plan for the basketball program is to expand recognition of the Stars' brand both nationally and locally. “I want us to be known for our culture as a program that values leadership, books and basketball,” Bell said. He plans to raise the profile of the program through community events, fundraising, competitive schedules, and more.

For starters, the Stars will play the Indiana State Sycamores, a Division I team, in Terre Haute at 6 p.m. on Nov. 9.

“Yes, playing a DI team will be challenging, but if we want our players to have great experiences, we have to let them face those challenges,” Bell said. “The leadership at Stephens has been very supportive of that goal.” 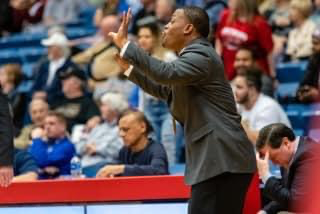 Bell completed a total of five seasons at Moberly Area Community College, serving as an associate head coach and recruiting coordinator, as well as an assistant coach. During his time, the Greyhounds compiled a 5-year record in Region 16 of 128 wins and 29 losses, two Regional Runner Up finishes, three-straight regular season conference titles, a Region 16 tournament championship and a District 4 championship in 2018-2019. The team also made a Sweet Sixteen appearance in the NJCAA National Tournament.

Bell started his coaching career at Trinity Valley Community College, where he coached under Pat Smith from 2008-2012, helping the men’s team achieve a 91-35 record with Region 14 Conference Championship and national rank of 9th in NJCAA. Bell also served two years as the women’s assistant coach, during which the team earned back-to-back conference and regional championships (59-12), and ranked 6th and 7th nationally.

Bell also coached two seasons at Chicago’s St. Rita High School, one of the top high schools in Illinois. Under Bell, the St. Rita Mustangs won two Catholic League Conference and Regional titles with a two-year record of 46-15 in 2014-2016.

Bell says it’s a great time for students to become Star athletes. “The energy around this place is picking up. Stephens College wants to win. The future is bright.”

A native of Chicago, IL, Bell earned a bachelor’s degree in Sports Management at Bemidji State University, starting his playing career at Wilbur Wright Community College. He resides in Columbia with Lorraine Rice and their children Andre Jr., Josiah, Jayla, Sienna and Keandre.