A new musical comes to Stephens College for its collegiate world premiere. New songs. New story.  It’s Christmas in Smalltowne and you don’t want to miss it!

Angela Smalle would like to keep Christmas just like it’s always been. Traditional. Gingerbread. Fruitcakes. Been there done that. That's all well and good until her sister Evelyn comes swirling back into town with a serious case of Holly-Phobia! 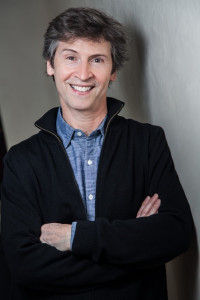 Richard Stafford is thrilled to be a part of the Smalltowne team.  His credits range from performing on Broadway and regionally to directing and choreographing...well, everywhere...including on and off Broadway and for New York City Opera.  Richard is also a dedicated teacher of theatre and dance.  He is a guest teacher of tap, ballet and theatre jazz in NYC and across the country.  For a complete list of credits visit his website richardstafford.net 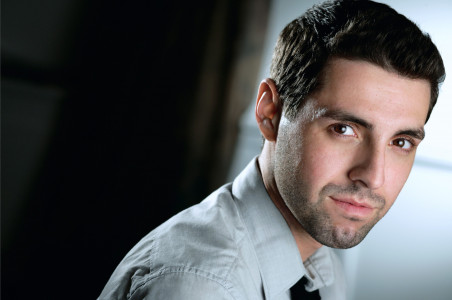 DANNY J. ROONEY is a graduate of Syracuse University's Musical Theatre Department. He is the composer, lyricist and book co-writer for THE SUPER which is in development. His work has been produced in multiple industry readings and cabarets and was recently featured in "Theatre Accelerator: New Realities Edition" through Apples and Oranges Arts. Danny lives in New York City where he has had the pleasure of collaborating with incredible Broadway talent on his work. 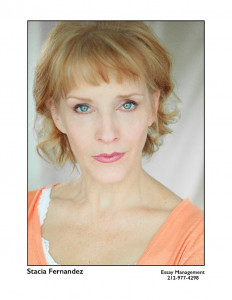 Stacia Fernandez is an Actor and a Writer based in NYC. Having worked with the Amazing Richard Stafford in many shows as his leading player, being able to bring her own show to life with him at the helm as a writer is a dream. Stacia is a founding member and partner of Streaming Musicals and has produced 8 films, including the Telly Award Winning Estella Scrooge and most recently a horror movie, yet to be released starring Keith David and Bruce Davison called THE LAST CALL. Stacia is also a Co-writer of a play called THE LOOP, and co- wrote and starred in the series, Middle (ST)age.  As an actor, she last appeared Off Broadway as Hilda in Einstein’s Dreams one month before the Covid shut down. She has also appeared on Broadway in MAMMA MIA, THE DROWSY CHAPERONE where she performed the Tony Award Winning Role, SWING where she got to live out a lifelong dream of singing swing music on Broadway, TOM SAWYER, THE SCARLET PIMPERNEL, and BEAUTY AND THE BEAST. She has toured the country in several National tours (Evita, Beauty and the Beast and Jerome Robbins Broadway among them) and appears across the country in Regional Theatre most recently at Papermill Playhouse as Mrs. Potts in Beauty and the Beast and as Reno Sweeney. Among her favorite roles are Diana in next to Normal, Adelaide in Guys and Dolls, Mrs. Anna in the King and I, and Grizabella in CATS. She also has done voice work on several films including Enchanted, Shaggy Dogg, Captain America and Frozen 2. StaciaFernandez.com