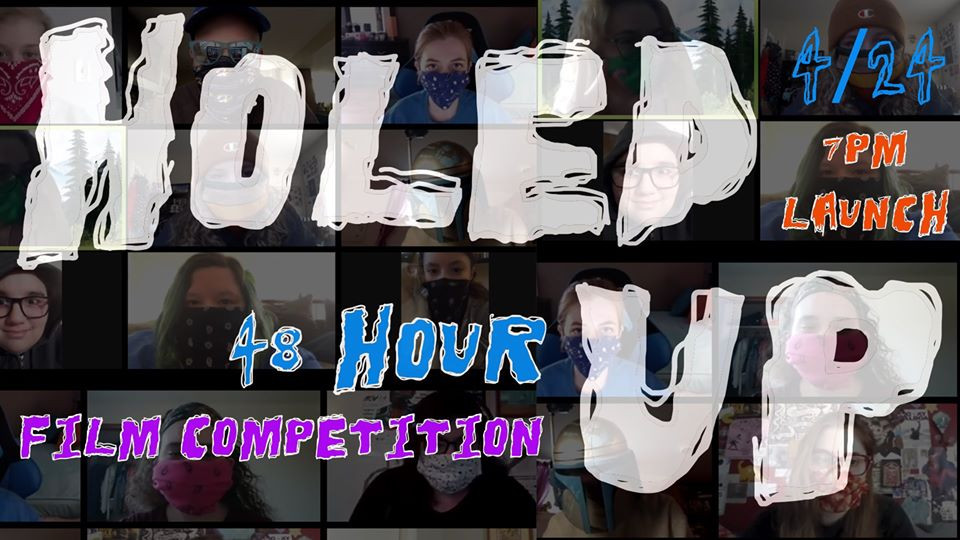 The Stephens College Digital Filmmaking program proudly announces “Holed Up,” a 48-hour film competition with the premise of “Can you make a film in 48 hours from where you are currently holed up? Without letting your camera leave the house?”

The “Holed Up” film competition, which officially launches on Friday, April 24, 2020, at 7 p.m., is the result of the collaborative efforts of Kirsten Izzett ’16, a Stephens digital filmmaking graduate who lives in New York City; Chase Thompson ’17 M.F.A., an associate professor of film at Stephens; and his students. Participants will compete for a variety of prizes, including one $2,000 scholarship for a high school junior or senior to attend Stephens.

While brainstorming ideas to stay busy without spending money, Izzett recalled the fun of past film competitions. “I remembered the 48-hour challenges we used to do in Columbia,” she said. “And thought it would be fun to do a 48-hour challenge with some of my old classmates.”

Izzett then connected with Thompson, her old professor, and they quickly developed a much bigger plan that also involved current Stephens students and alumnae.

“I love that this is going to supplement the students’ online curriculum,” she said. “I’ve been hurting for the DFM students; I can’t imagine losing a semester like this. So I’m very excited that we found a way for the students to get excited about filmmaking, being creative and just making something.

“Chase has made this idea so much bigger than I ever imagined. He put up with and encouraged my crazy ideas when I was a student, and he continues to do so years after I’ve graduated.”

“It has been really fun to help out by throwing out ideas for genres, plots and lines,” she said. “I’m so excited to see what everyone comes up with and to have this chance to express some creativity, as well as connect with Stephens alumnae!”

Thompson, who is among the competition’s judges, is excited for the filmmaking to begin.

“I’ve hosted similar events in the community and was always blown away by the creative solutions that came out under extreme circumstances,” he said.

“Holed Up,” a 48-hour film competition, will begin with a Facebook Live random drawing of genre/props/lines of dialogue that must all be present in the film on Friday, April 24 at 7 p.m. Final edits are due to [email protected] at 7 p.m. on Sunday, April 26. Award winners will be announced on Friday, May 1.

To register and for complete rules, visit https://chaset4.wixsite.com/holedup48.

About the Stephens Digital Filmmaking Program

Stephens College offers a Bachelor of Fine Arts in Digital Filmmaking and a low-residency Master of Fine Arts in TV and Screenwriting. Undergraduate students begin working with professional film equipment their first semester on campus and have many opportunities, like the annual Stephens Film Institute, throughout their time at Stephens to write, produce and direct their own original films. In Stephens’ low-residency two-year program, M.F.A. students come to Los Angeles twice a year for 10-day classes and workshops at the beautiful Jim Henson Studio. Between workshops, students work one-on-one online with at least four different mentors over two years.