Meet the Cast and Choreographers of Brave Enough: A New Works Dance Concert

Inspiring new works give a glimpse of the future through choreography in this moving concert featuring unseen art and workshopped pieces.

Choreographers share details of their creative process as they describe their work in this student-produced showcase.

Meet the choreographers and performers. 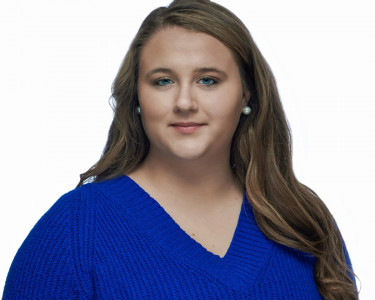 Camri Anderson is a second-year BFA Musical Theatre major from Jacksonville, Illinois. She is very excited to be part of New Works this year! Camri is dancing as well as choreographing in the show. She has truly enjoyed working with her wonderful peers on this project and is excited for everyone to see the outcome. Beside New Works, Camri is also involved in The Filthy Liar’s Improv Troupe, The Warehouse Theatre Company as well as being the president of her sorority, Kappa Delta. 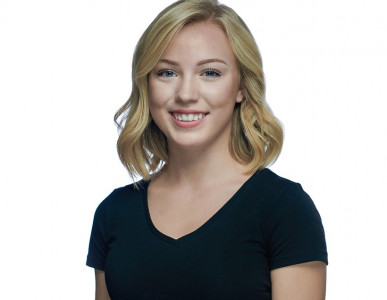 Harper is a second-year BFA Musical Theatre major from Winfield, Kansas. She has been dancing since she was a child. She has previously been seen in past Stephens productions such as Mamma Mia! and The Great American Songbook. Harper is ecstatic to be in the New Works Dance production this year! 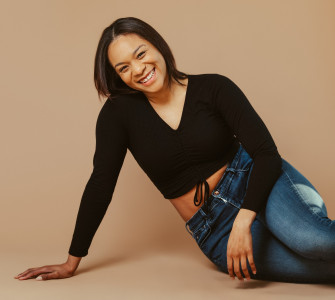 Alexis is the last BFA Dance major at Stephens College and is from Olathe, Kansas. You may have seen her in Mirror, Mirror, the 2020 fall dance concert. This year as a senior, she is filling the role of producer and director of Brave Enough, A New Works Dance Concert, as well as choreographer and performer! This is her first time putting on her own show and she is excited for everyone to see all the hard work they have put into Brave Enough amidst a pandemic. She would like to thank God, Darren Gibson, the editor Stephanie LeBlanc, Megan Casady and her videographer team, the cast and crew, and her family and friends for all the love and support. ACT hopes you enjoy the show! IG: @lexx.ct 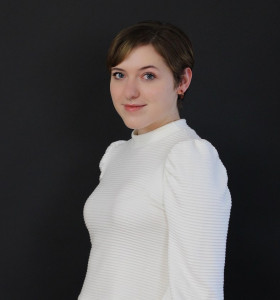 Leslie Douglas is a senior studying Strategic Communication Design from Eudora, Kansas. Leslie has participated in New Works for the last two years and is excited for her final New Works performance. Outside of dance, Leslie is also involved in various leadership roles and organizations around campus. 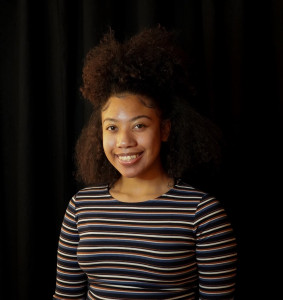 Izzy Florence-Young is a sophomore Elementary Education major from Columbia, MO. This is her first year, not only doing New Works but dancing in general. She is also the vice president of Black Women Enlightened, a student organization on Stephens College campus. 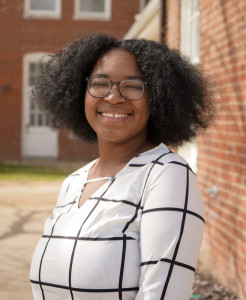 RahJai Henderson is a native of Kansas City, Missouri. She is a rising senior majoring in Human Development and Psychology and minoring in Women's Studies. RahJai is also the president of Black Women Enlightened, a group that allows black women to connect with each other. She enjoys hanging with friends, taking risks, and being faithful to her religion. 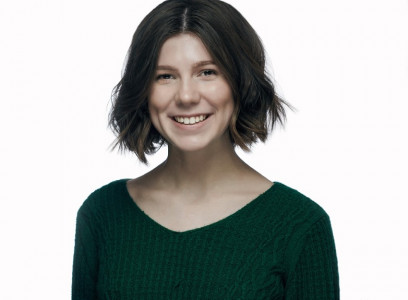 Rachel is thrilled to be in the New Works Dance Concert! This show has given her opportunities to learn how to be brave enough to be sexy, curious, and vulnerable. The process for New Works has stretched Rachel to always put her best foot forward, and utilize the power of storytelling. Rachel is a second year BFA Musical Theatre major from Nashville, Tennessee. She has previously been seen as Carrie in Great Nebula of Orion, Jane in Pride and Prejudice, and Lisa in Mamma Mia! Most recently Rachel has performed in the filmed production of Agnes of God as the Doctor with the Warehouse Theatre Company. She hopes you enjoy the show and realize the power that each of us have through the art of expression! 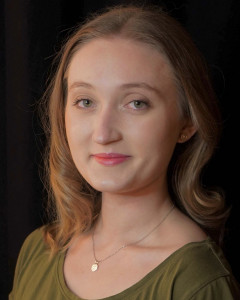 Riley McGregor is a second-year Musical Theatre BFA major. Before coming to Stephens, Riley trained as a ballet dancer, so she was thrilled at the opportunity to get back in the studio for New Works both to dance and to try her hand at choreographing. Here at Stephens, Riley has performed in The Great Nebula in Orion, Mamma Mia! and most recently in selections from John Bucchino It's Only Life. She’s very excited to share the hard work and bravery of the New Works cast and crew. 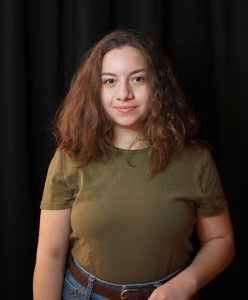 Rachael Perez is a first-year Musical Theatre major here at Stephens College. She is so thankful for this opportunity to dance with an amazing group of people. Rachael has a dance background in ballet and tap. A few of her favorite roles include Wednesday in The Addams Family and an ensemble role in Dogfight. She is especially grateful to have been able to create and connect with others (safely of course!) during this pandemic. She hopes this will inspire and move you the way it has her. 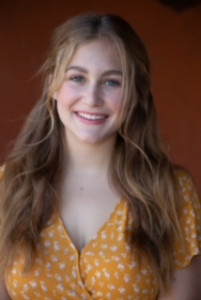 Sevanah Portillo is a second-year musical theatre major from Phoenix, Arizona. She’s been dancing for over 12 years. You may have seen her in productions from last semester such as “Sisters” and “Allies”. She is ecstatic to be a part of New Works and cannot wait for people to see all the performers and choreographers show their creativity and expression. She would like to thank the choreographers and her director. Kaitlyn G. Smith is a first-year Musical Theatre student at Stephens College. She has a background in ballet and some roles she has previously done are Mary Poppins, Cinderella, and Juror 8 in 12 Angry Jurors. Smith is excited about New Works and has enjoyed the process of being able to learn and create during a pandemic. Alaysia Taylor is a third-year Integrated Marketing and Communications major, born and raised in Kansas City, MO. For this project she will be choreographing a piece to The Name by Kb. Although it won't be the first time she has choreographed, it has never been for anything of this stature. She has been dancing for 11 years now and plans to one day open an art center for urban youth. 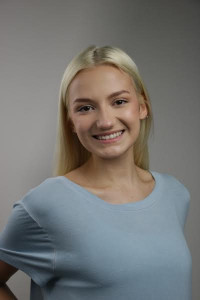 Ella Witt is a senior Musical Theatre major at Stephens College from Louisville, Kentucky. You may have seen her last in Pride and Prejudice on the Macklanburg mainstage or on Zoom doing her one-woman show. This is her first time being involved in New Works! She would like to thank her choreographers (Alexis, Riley, Alaysia and Camri), all the other dancers, her professors, and her parents and brother for their love and support. IG: @ellagwitt. ellagwitt.wixsite.com/ella.