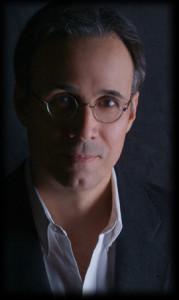 Among his honors are two Drama Desk nominations, The Johnny Mercer Songwriter Award, The ASCAP Foundation Richard Rodgers New Horizons Award, The Jonathan Larson Award, The Kleban Award, The Los Angeles Ovation Award (for the revue IT’S ONLY LIFE), The DVD Premiere Award (for the song “Better Than I”), and the first annual Fred Ebb Award.

He has written music and lyrics for the Broadway musical A CATERED AFFAIR with a book by Harvey Fierstein (nominated for 12 Drama Desk Awards, 3 Tony Awards, and winner of the New York Drama League Award for Best Musical) as well as the musicals URBAN MYTHS, LAVENDER GIRL, the new Danish musical ESAURA, the revue IT’S ONLY LIFE, and the Dreamworks animated film JOSEPH, KING OF DREAMS, and lyrics for the children’s musical SIMEON’S GIFT (with a book by Julie Andrews and Emma Walton Hamilton and music by Ian Fraser). Some recordings of his work are: GRATEFUL, THE SONGS OF JOHN BUCCHINO (with companion songbook), SOLITUDE LESSONS, DAVID CAMPBELL SINGS JOHN BUCCHINO (which reached number one on the Australian jazz charts), the PS Classics releases of the cast albums of IT’S ONLY LIFE (with companion songbook) and A CATERED AFFAIR, and two recordings of solo piano improvisations: ON RICHARD RODGERS’ PIANO (performed on the composer’s own Steinway, voted Best Instrumental CD by Show Business Weekly), and BEATLES REIMAGINED. As part of their Julie Andrews Collection, Harper Collins published a children's book based on John’s song called “Grateful, A Song of Giving Thanks,” which was awarded the Parents’ Choice Gold Award.