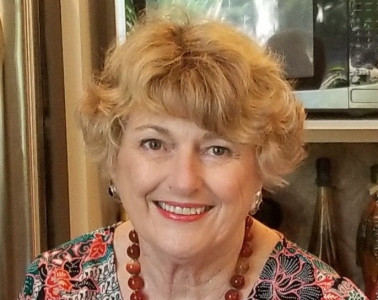 Janan Perkins Huntsberry '66 grew up in Jefferson City, Missouri, and always wanted to attend Stephens! Her dream came true, and she graduated in 1966 with an Associate of Arts degree. Within days of graduation, she took off for Kansas City to attend flight attendant training for TWA, then moved to her first base in Los Angeles. She realized her life at Stephens opened her eyes to the rest of the world when she saw the Pacific Ocean for the first time! She flew for TWA, then American Airlines for 32 years. Janan continues to enjoy travel all over the world.

After arriving in Los Angeles, Janan immediately joined the LA alumnae club, and became involved with answering questions for students interested in attending Stephens. She and her husband lived in La Habra, California, and they held several recruiting events at their home. They have lived in San Rafael, California, since 1975, where she joined the Marin Sonoma alumnae club. She and two other Stephens graduates started the Northern California club in the mid-1980s, which had as many as 100 members. She traveled to Washington, D.C. and Albuquerque and spoke about Stephens College. She enjoyed traveling to the different alumnae clubs across the country and meeting many alumnae. Before the pandemic, Janan coordinated events for the club, including fabulous holiday parties attended by the Stephens president and many other staff. The club donates money each year to buy something special for Stephens, and has provided funds for a scholarship for a California student for the last 15 years. Janan has worked college fairs for Stephens in her local area and was on the Alumnae Association Board for three different terms of four years each, representing the Northern California chapter. She was the class president on a rotating basis. She has attended many reunions and loves coming back and seeing the campus!

Janan enjoys golf and started a business in the golf industry as a manufacturing representative for six companies in women’s golf apparel -- everything from shoes and hats to gloves and clothes. She was responsible for a territory ranging from northern California, to Lake Tahoe, and up to Oregon. We are proud of her entrepreneurship in this venture!

Janan spends her time taking care of her husband, who’s in assisted living and has had two major strokes. She plays Mah Jong twice a week, and enjoys spending time with two young grandchildren and her three cats.

“Stephens did open my eyes to the world and I will always appreciate that and be of service to her. Thank you for this wonderful award for my service.”

For all of that she is being awarded the Jean Clinton Roeschlaub ’44 Alumnae Service Award for 2022.