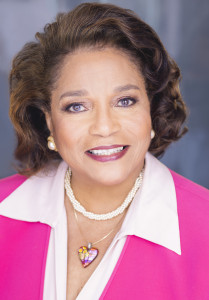 Mattie Carolyn Hall ’67, ’69 earned an A.A. and a B.A. in Fashion and Design from Stephens College, followed by graduate studies at Columbia University Graduate School of Journalism in New York. In addition to her fashion and retailing classes at Stephens, Carol chose to take several Black Studies classes from the University of Missouri that enriched her overall college experience. She and other Stephens Black students began meeting informally and formed a Black Students Union (BSU). Her fondest memories of Stephens include: meeting and interacting with girls from all over the country, listening to, respecting and learning from our differences, learning to play golf on Stephens’ nine-hole golf course, and being part of a national network for outstanding women.

After graduate studies in New York, Mattie Hall chose to become professionally known as “Carol Hall,” prior to her first position in television as a reporter and anchor at WHBQ Channel 13, ABC-TV, Memphis. Carol is an award-winning communications, marketing and public relations consultant with wide-market, cultural diversity, and inter-generational experience, with a focus upon baby boomers and senior citizens. Currently, she’s president and managing consultant of Carol Hall & Associates (CH&A), a Los Angeles-based firm, established in 1986.

CH&A has marketing and public relations expertise in the areas of cultural, market, workforce and supplier diversity; and offers a unique and demonstrated ability to receive, synthesize, organize, creatively and cost-effectively communicate complex information via various media “platforms,” regarding products or services, issues or ideas.

Where she has lived, Carol has brought that good ole Missouri, “show me” spirit to whatever the task, opportunity or challenge. Through her faith in God, love of people, education, experiences, expertise and ability to listen, empathize and work collaboratively with others, she can attest that spirit helps her maintain focus on a project objective to achieve results that make positive contributions and differences in the lives of people.

Beyond her business, Carol is a wife, married for over thirty years to Cliff Holliday. She’s raised one daughter, and has a step-daughter and son, all adults. She has two brothers and several longtime, very dear friends — like sisters in her life. Although semi-retired from her consulting business, Carol enjoys local & global travel, gourmet cooking, live theatre and on Sundays attending prayer, praise and worship services at her church, and remains very active in the Los Angeles arts community.

Carol values education and has been a life-long learner. However, she credits foremost God’s love and grace for all of the blessings in her life, including her family beginning with her wonderful parents, both now deceased. Carol’s father, Rev. William E. Hall, was a WWII Army veteran and appointed by President Harry S. Truman to be the first African American Protestant Chaplain, and served at Jefferson Barracks, MO, VA Hospital; he was also a dynamic, beloved St. Louis Public Schools teacher and the Pastor of Corinthian Baptist Church. Carol’s mother, Mattie Mae Faucette Hall, was the epitome of grace and elegance, and loved children and teaching in the Kirkwood Public Schools and on Sundays served as organist for Chapel services in the Jefferson Barracks, VA Hospital Chapel. Carol was blessed, lovingly taught and learned her lifelong core values: “To love God and all people; to always do the right thing and to do it right.” Carol is grateful and also attributes her success to countless people in the many communities where’s she’s lived, worked and served. 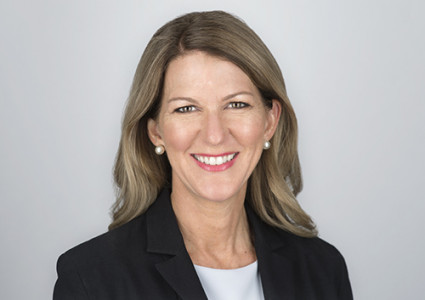 Jennifer (Jen) Svrcek ’90 earned a B.A. in Business Administration from Stephens College, a B.A. and M.A. in History of Art and Architecture from the University of Cambridge, and has completed the Women’s Leadership Development Programme at the University of Oxford Said Business School. While at Stephens, she was a member of the Alumnae Association Board and Club Officer. Jen was also a Stephens Scholars member, Office of Study Abroad volunteer, and a member of Kappa Alpha Phi Sorority. While at the University of Cambridge, Jen was president of the college rowing club and a member of the May Ball Leadership Committee. Jen is committed to developing women leaders and to promoting inclusion and diversity. She is an optimist and lives by the motto, “Life is not a dress rehearsal.”

Jen is an international brand and marketing leader with 25+ years’ experience in creating and growing commercially powerful businesses within advertising agency and corporate environments. She has held numerous positions in marketing, business development and client management spanning the U.S., U.K. and New Zealand.

From Young & Rubicam and Publicis to American Express, Microsoft and now Philip Morris International, Jen, through her leadership in growing brand equity and creating innovative marketing initiatives, has contributed to business growth and game-changing performance in global brand and marketing organizations. As head of creative operations at Nokia, Jen transformed a team of 60 into a 30-strong best-in-class internal operation. After Microsoft acquired Nokia, Jen led the London-based team, working closely with the Seattle-based global advertising and media team, in translating creative and media strategy and led the new “Empowering Us All” brand roll-out. At Philip Morris International, Jen’s focus is helping to deliver on the vision of a smoke-free future, as the company transforms to a dedicated organization in creating a more sustainable future for all.

Volunteering with organizations associated with animal and human rights is one of Jen’s many passions. She works with an organization that engaged in hands-on monitoring of Africa’s endangered species and habitat conservation work, as well as volunteer work as an ambassador for human rights.

Originally from Houston, Texas, Jen has lived most of her adult life in the U.K. She currently resides on the banks of Lake Geneva, Switzerland, with her husband and beagle. The mountains are her refuge and inspiration where she pursues all manner of high adrenalin sports.

Stephens is proud of Jen’s outstanding commitment to developing women leaders, service to her community, and her many professional and civic achievements.

For all Jen has contributed to the professional field of marketing and team management, she received the Alumnae Achievement Award.