Side by Side by Sondheim

Get ready to laugh, cry and fall in love with lyrics that are heartbreakingly true and music that captures the soaring emotions of a new generation with Side by Side by Sondheim. Simple and unpretentious, this Tony Award-winning musical is a perfect introduction to his earlier work, some of the most lush, unforgettable songs from this musical theatre master are presented in one magical evening. Featuring music from Company, Follies, A Little Night Music, A Funny Thing Happened on the Way to the Forum, Anyone Can Whistle and Pacific Overtures, not to mention the classics written with musical theatre giants, Leonard Bernstein, Jule Styne and Richard Rodgers, this dazzling array of some of Sondheim's best-known songs demonstrates his masterful craft and astounding creativity. 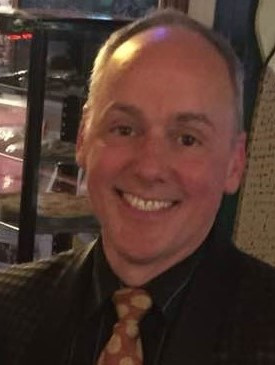 Bernard Monroe is a Director/Choreographer and a proud member of the Stage Directors and Choreographers Society (SDC).  As a working professional, Mr. Monroe has created works extensively in regional theatre's around the country, including Mill Mountain Theater, The Fulton Theater, The Helen Hayes Performing Arts Center, Crane River Theater, Okoboji Summer Theatre and the Finger Lakes Theater Festival.  Other credits include SONGS FOR A NEW WORLD with Tony Award winning composer, Jason Robert Brown, THE RITA HAYWORTH BLACK AND WHITE GALA at NYC's Tavern on the Green, an original adaptation and premiere of AROUND THE WORLD IN EIGHTY DAYS, and the regional premiere of Off-Broadway's SUMMER OF 42. As an educator, Mr. Monroe has worked as a Director/Choreographer for the institutions of Stephens College, Doane University and Radford University, as well as ballet master and Choreographer for Music Theater North.  Mr. Monroe is also a judge for the International Dance Competition organization AMERICAN DANCE AWARDS (ADA) as well as the recipient of two Helen Hayes youth awards for excellence in choreography.