The guest artists, each a multi-award-nominated Broadway performer, will work with BFA students on songs and monologues. Students who are considering Stephens, along with alumnae and other members of the Stephens community, are invited to attend and observe.

Learn more about our guest artists below, and please register in advance.

Dream up at Stephens. Let's get started. 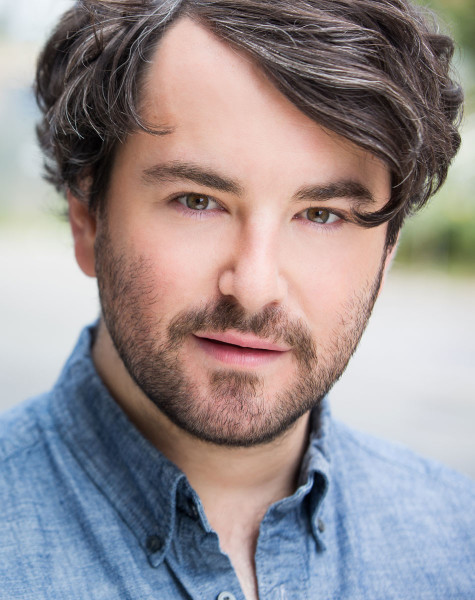 Alex Brightman was most recently seen on Broadway in Beetlejuice, portraying the title role. Brightman is a writer and Tony-nominated actor who has been seen on Broadway in School of Rock, Matilda, Big Fish, Wicked, Glory Days; on TV in Documentary Now!, SMILF, Important Things w/ Demetri Martin; and in one horror film where he was brutally murdered on a toilet.

His musical writing credits include It’s Kind of a Funny Story (Universal Theatrical), The Whipping Boy, and Make Me Bad, all with his writing partner, Drew Gasparini. His newest plays, We Left It Here and Everything Is Fine, were presented in New York City in 2019. 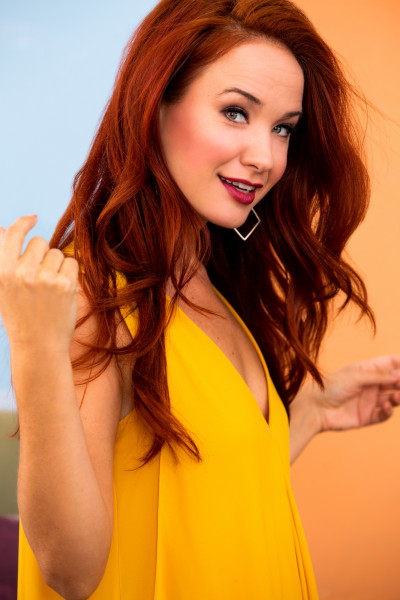 Sierra Boggess is an Olivier-nominated actress who is regarded as one of Broadway’s most beloved ingenues. She is best known worldwide not only for reinventing the coveted role of Christine Daaé in Lord Andrew Lloyd Webber’s The Phantom of the Opera, but for Lord Webber himself going on record to say that “she’s the best, the best Christine certainly.” Boggess portrayed the role in the Broadway, West End, and televised 25th Anniversary concert productions of Phantom.

Boggess made her Broadway debut as Ariel in Disney’s The Little Mermaid, receiving Drama Desk and Drama League Nominations, as well as the Broadway.com Audience Award for Favorite Female Breakthrough Performance. Her additional Broadway credits include Master Class, It Shoulda Been You, The Phantom of The Opera, and School of Rock. Boggess’ Off-Broadway credits include Love, Loss, and What I Wore and Music in the Air, alongside Kristin Chenoweth, for New York City Center’s Encores! Series. In the West End, Boggess has appeared as Fantine in Les Miserables and originated the role of Christine Daaé in Love Never Dies, the critically acclaimed sequel to The Phantom of the Opera, receiving an Olivier Award Nomination for her performance.

Boggess starred as Cinderella in the highly anticipated Hollywood Bowl production of Into the Woods. The Los Angeles Times raved of her “crystalline singing and gameness for comedy …  Boggess’ Cinderella was enchanting.” Prior to that she starred as Danielle DeBarbarac in the new musical Ever After at the Alliance Theatre, as well as starred in the world premiere of the new play The Age of Innocence at Hartford Stage, for which she received a nomination for a Connecticut Critics Circle Award for her portrayal of Countess Ellen Olenska.

Sierra's concert appearances include multiple engagements with BBC Proms at Royal Albert Hall, Lincoln Center’s American Songbook Series The Lyrics of David Zippel, The New York Pops at Carnegie Hall, Broadway By The Year at Town Hall, Guys and Dolls at Carnegie Hall opposite Patrick Wilson, Megan Mullally and Nathan Lane, and The Secret Garden at Lincoln Center. She has toured with her cellist sister, Summer Boggess, and musical director, Brian Hertz, all over the United States, Japan and Australia with her concert show, which has been preserved live and released on CD, Awakening: Live at 54 Below.

Her recordings include School of Rock, It Shoulda Been You, the 25th-anniversary concert of The Phantom of the Opera (also on DVD), the symphonic recording of Love Never Dies, The Little Mermaid, Andrew Lippa’s A Little Princess, Rodgers & Hammerstein: A Night at the Movies with the John Wilson Orchestra, Where The Sky Ends: The Songs of Michael Mott, A New York City Christmas: A benefit album for ASTEP, and more. 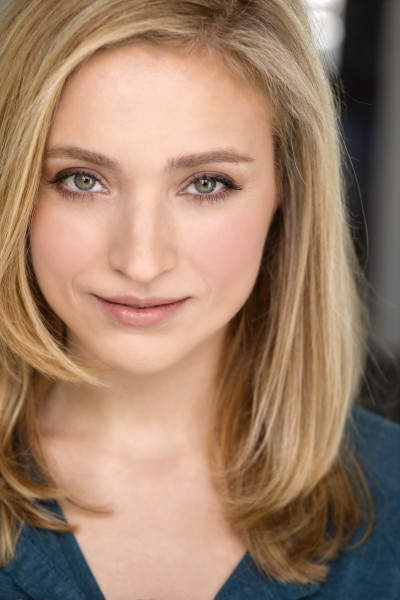 Christy Altomare originated the role of Anya in the Broadway production of Anastasia, which opened at the Broadhurst Theater on April 24, 2017. She won Outstanding Debut Performance at the Theatre World Awards, and received nominations for Outstanding Actress in a Musical from both the Outer Critics Circle and Drama Desk Award.

In 2012, Altomare opened in her Broadway debut as Sophie Sheridan in Mamma Mia at the Winter Garden Theater - NYC. She portrayed the role of Sue Snell in the reimagined MCC Theater Off-Broadway production of Carrie for its 2011/12 season. In the fall of 2011, she brought to life Jerusha Abbott in the Detroit run of John Caird and Paul Gordon's new musical, Daddy Long Legs. She joined the first national touring cast of Spring Awakening as Wendla Bergmann in the summer of 2008, taking the stage for over 600 performances through 44 cities across the U.S. and Canada.

Altomare is a 2008 graduate of Cincinnati University’s College-Conservatory of Music (CCM) with a BFA in Musical Theater. While at the university, she played several roles in CCM and regional productions.

She has three independent CDs, including an EP titled After You that was recorded in the fall of 2008 while on tour with Spring Awakening in Los Angeles. While at CCM, she had the opportunity to write music for two productions, Soiled Doves and Anon[ymus]. The story of Soiled Doves, which started as a drama workshop, revolves around three working women in the old West. Altomare wrote the music and lyrics that helped define the story and brought the characters to life. That same year, Richard Hess (Chair of CCM drama) asked Altomare to write music for CCM’s main stage drama, a play written by Naomi Iizuka called Anon[ymus]. With permission from Iizuka, Altomare wrote seven songs and took on the role of musical director for the production. Anon[ymus] won the Cincinnati ACCLAIM award for best play of the season. 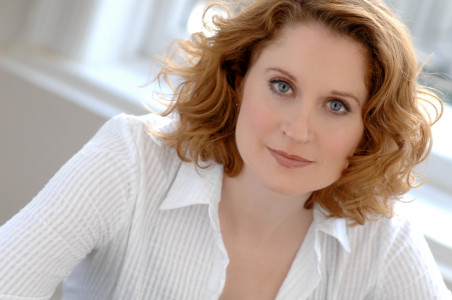 Christiane Noll, a New York-born, New Jersey-raised actress, received Tony and Drama Desk Award nominations and won a Helen Hayes Award for her portrayal of Mother in the Kennedy Center Revival of Ragtime on Broadway. She starred in the record-breaking First National Tour of Dear Evan Hansen. She made her Broadway debut creating the role of Emma in Jekyll & Hyde, receiving a FANY award for Best Actress in a Musical. Noll received her second Drama Desk nomination for her work in Chaplin on Broadway. She has been seen perennially as Sister Margaretta in NBC’s The Sound of Music Live with Carrie Underwood, and she supplied the singing voice of Anna in the Warner Brothers animated feature The King and I.

She has also enjoyed starring in Broadway productions of Elf (at Madison Square Garden), It Ain’t Nothin’ But the Blues, and on tour in Urinetown (Ovation Award), The Mambo Kings, Grease!, Miss Saigon and City Of Angels, as well as a tour of Australia and Thailand of South Pacific.

With a reputation for great versatility, Noll has performed a varied repertoire in Broadway, Operetta and Jazz. She has been a frequent guest soloist with symphony orchestras in every state in the U.S., as well as international appearances with Toronto Symphony, Vancouver Symphony Orchestra, Jerusalem Symphony, Sinfonica Brasileira in Rio, China Philharmonic with concert pianist Lang Lang, and orchestras in Hong Kong, Czech Republic and Kuala Lumpur, Malaysia. She made her Carnegie Hall debut with Skitch Henderson, in his last pops performance with The New York Pops and sang with Steven Reineke in Sondheim! The Birthday Concert at Carnegie Hall. She made her Hollywood Bowl and O2 Arena debut singing with Julie Andrews in Gifts of Music and her opera debut with Placido Domingo in The Merry Widow at the Kennedy Center as well as operetta performances in City Center Encores! The New Moon, The Student Prince, The Pirates of Penzance, and the Mikado.

She has performed her solo shows in cabaret at 54 Below, The Metropolitan Room, Birdland, The Regency, The Nikko, The Plush Room, The Duplex, The Nevermore, Arci’s Place, The China Club, Peaches, B.Smith’s and The West Bank Café, as well as appearing in Town Hall's Broadway By The Year and the Lincoln Center's American Songbook Series.

Along will many cast albums and compilation recordings, she has released five solo CDs: Christiane Noll – A Broadway Love Story and The Ira Gershwin Album, both on Fynsworth Alley, Live at The Westbank Café on 2Die4 Records, My Personal Property on Jay Records and Gifts – Live At 54 Below on Broadway Records.

Noll is a graduate of Carnegie Mellon University.

The Stephens College B.F.A. in Musical Theatre emphasizes individualized student process and technique, and prepares graduates for success in the industry.

Rigorous and highly immersive, the Acting program prepares students for their next role, whether it’s a position with a major national theatre company, a competitive M.F.A. program, a fellowship or an apprenticeship.

Significant production opportunities challenge and inspire while helping students build a body of work and prepare for career success.

Ideal for students interested in lighting design, scenic design, stage management or directing. Our varied, rigorous production schedule and nationally recognized technicians, designers and guest artists allow for exposure to a wide range of styles and genres. We focus on “the business of the business,” including individualized career planning and one-on-one mentoring.