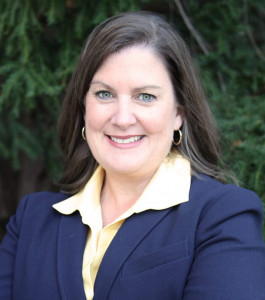 Gina serves as vice president for institutional advancement. In her role, she is the chief fundraising officer for the College and advises the president on all matters pertaining to the management and operation of development, alumni relations, as well as community and donor relations. She provides strategic leadership and direction for the Advancement program and is responsible for designing and implementing best practice, sustainable and comprehensive institutional advancement programs, recruiting and developing talented team members focused toward the ultimate goal of significantly increasing constituent involvement and fundraising outcomes.

Gina maintains close working relationships with the president and key internal and external stakeholders. She works to advance the mission, vision, and short and long-term goals of the College in concert with the president and senior administrative colleagues. She personally maintains a dynamic portfolio of high-net-worth individuals and secures major, capital and planned gifts, as well as advanced annual gifts and endowment support.

Prior to Stephens, Gina has had a successful and extensive career in higher education institutional advancement, including leadership roles at Saint Louis University, Washington University, the University of Missouri and Marquette University in Milwaukee. She most recently served as vice president for university advancement at Marquette University, where she was responsible for all areas of the advancement division. Gina was assistant vice chancellor for advancement at Mizzou during its $1.3-billion Our Time to Lead campaign; prior to that, she was associate dean and senior director of development at Washington University, where she participated in the $2.3-billion Leading Together campaign.

Gina has a bachelor’s degree in international relations from Missouri State University. She and her family live in Columbia. 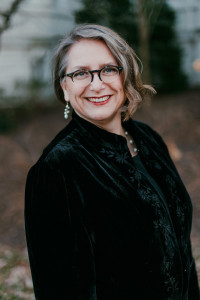 Severin most enjoys the relationships she holds on behalf of Stephens, working with individuals genuinely interested in stewarding Stephens College through their philanthropy and volunteerism. In addition, she works with the organization donors and sponsors who include Stephens in their corporate citizenry through philanthropy. As a project manager, she oversees many of the cross-function projects for Advancement, and often represents Advancement for college-level initiatives and projects.

Her genuine love for people and travel is the compass for her curiosity. She returned to Columbia in 2012 with her family and enjoys gardening, bike riding on the trails, camping, and making art. 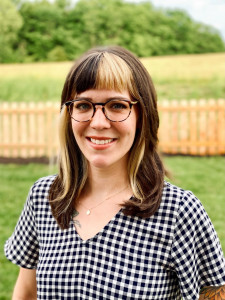 Ashlea serves as the Director of Alumni Engagement, working to meaningfully connect Stephens College Alumni to prospective students, current students, communities, and one another to promote the Stephens Legacy through service. She graduated from Northwest Missouri State University with her Bachelor of Science in Human Services and a Sociology minor.

Ashlea has spent the entirety of her career in the nonprofit world, primarily focused on volunteer management and program development.  During her free time, Ashlea enjoys reading, crafting, and spending time with her loved ones. Ashlea and her husband, Tyler, live in Columbia with their Corgi, Raine, and two cats, Poppy and Ivy. 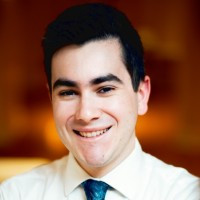 Jacob has been with Stephens since 2018. He serves as the associate director of advancement services and assistant secretary for the Stephens College Board of Trustees. He is a 2018 graduate of the University of Missouri, and had worked in the sports and entertainment industries prior to joining Stephens. Away from campus, Jacob is a big soccer (football) fan, and even owns a small share of AFC Wimbledon in the English Football League. He also enjoys playing the saxophone, building computers and gardening. Jacob and his wife live in Columbia with their two cats, Cosmo and Sharky. 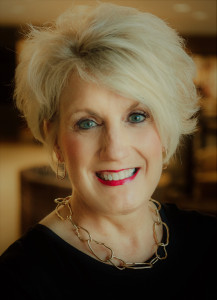 Jenny serves Stephens College as a director of philanthropy and engagement. She graduated from the University of South Dakota with a Bachelor of Science in Business Administration with an emphasis in marketing. After many years in the pharmaceutical industry as a hospital sales representative, Jenny stayed at home for several years to raise her children as well as volunteer for several organizations. Upon returning to the workforce, she worked at Columbia Public Schools for four years and then for the University of Missouri for six years. Her experiences in sales and education are a perfect fit for Stephens.  Jenny enjoys engaging with alumnae and obtaining gifts to advance the mission of Stephens College. When asked, she will say, “This is the best job I’ve ever had.”

Lori was born and raised in Iowa, but has lived in Missouri since 1986. She graduated with a Bachelor of Science in business education from Northeast Missouri State University (now Truman State) and immediately began her career in the graduate office for her alma mater. She spent seven years in the health care arena, then returned to higher education where she has held several roles since 1994. Lori is passionate about Stephens and engaging with alumnae, students, families and donors. She is an avid reader and enjoys watching sports, fitness, road trips, and spending time with her sons and granddaughters.

Associate Director of Philanthropy and Engagement 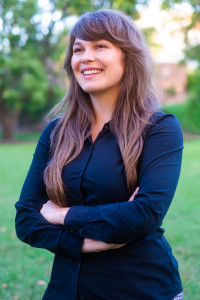 Melissa earned her BFA in Digital Filmmaking from Stephens College and soon after began a career as adjunct instructor of Digital Storytelling and Film Studies at the University of Missouri, while simultaneously starting her own business as a freelance video producer, spearheading a grassroots music video festival, and co-founding Columbia's community media center Vidwest Studios. As a result, she is no stranger to working hard, sharing vision, and cheerleading others to invest in a myriad of ideas. Her fundraising experience, passion for storytelling, and love for Stephens serves her well in this role. 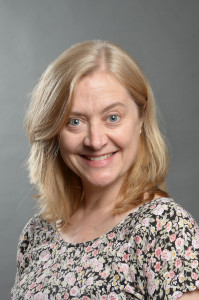 Ruth Ann Burke serves as the executive director for the Okoboji Summer Theatre, where she plans to help the Company celebrate 63 seasons in the Iowa Great Lakes region during her 24th season next summer. During the school year, she is a Director of Philanthropy and Engagement, connecting with Stephens College supporters and overseeing marketing and corporate sponsorships for the School of Creative and Performing Arts. Before returning to Columbia in 2007, Burke worked in marketing and public relations in Seattle. She is a proud alumna of Stephens College, where she earned her B.F.A. and M.B.A. She also received an M.A. from Drake University.